Where is semen stored? 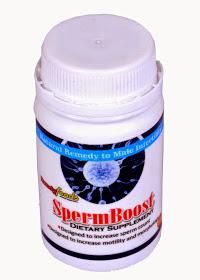 Low sperm count is when a man has fewer than 15 million sperm per milliliter of semen. Having a low sperm count can make it difficult to conceive naturally, even though there’s still a possibility that a pregnancy can occur, it is a low probability.

It basically means that the semen you ejaculate has fewer sperm than it should normally have. And if you have fewer than 15 million sperm per millilitre of semen, you have a low sperm count.

Difference Between Semen And Sperm

There is a difference between Sperm and Semen. Sperm is part of semen but semen is not part of sperm,. Sperm is a component of semen and a very important one if you want to reproduce.

Where Is Semen Made?

Semen (Sperm) are made at the testes. The testes are 2 small organs that are found inside the scrotum. The testes are responsible for making sperm and they also produce a hormone known as testosterone.

Sperm is made at the testes, so where is semen stored?

Where Is Semen Stored?

Semen is stored in The Epididymis, a long, coiled tube. The Epididymis transport sperm from the testes and it stores sperm until it is ready to mature. The maturation takes about 7 days.

Epididymitis is the swelling and irritation of the epididymis, which can cause severe pain in the testicle. Epididymitis often happens in men between the ages of 13 and 35.
Approximately, there are about 600,000 cases of epididymitis in the United States each year

Antibiotics are usually taken for 1 to 2 weeks.

Symptoms can be relieved by

Where is sperm stored? Sperm is produced at the testes and stored at the Epididymis,  The swelling and the irritation of Epididymis is called Epidymitis