Men who use these hands-free devices tend to carry their cell phones in their pants pocket or clipped to their belts at the waist while in talk mode. As a result of this, could they be exposing their testicles to damaging radiofrequency electromagnetic waves?

Spermboost: A Cure To Male Infertility 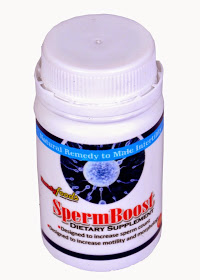 Ovul8Plus: A Treatment For Female Infertility

Fertility is defined as the natural capacity to conceive a child. However, fertility does not come easily to everyone. About 11% of couples will face infertility—the inability to conceive naturally after one year of unprotected sexual intercourse.

Your Phone And Your Health

Does Your Phone Hurt Your Fertility? Researchers Answer

Cleveland Clinic researchers warn in the journal Fertility and Sterility.Men, take note: Using a hands-free device with a cell phone may affect your fertility if you keep your phone close to your testicles.

One 2014 study published in the Central European Journal of Urology, suggests there is a relationship between mobile phone radiation and decreased sperm motility. The study used a small sample size of only 32 men, all of whom had healthy semen parameters and were instructed to avoid keeping their phones in their pockets for a period of two months before the experiment began.

The semen samples were then divided into two groups and one was kept in close proximity to a cell phone that was on standby mode. A call was also placed every 10 minutes. After five hours, the semen was reevaluated, and researchers concluded that long-term exposure to mobile phone radiation negatively impacts sperm motility. The other takeaway: If men are interested in becoming fathers, they should avoid keeping their cell phones in their front pants pockets.

A research conducted between July-September 2020 said ‘based on the outcomes of both human and animal studies examined in this review, animal and human spermatozoa exposed to Electromagnetic radiation (EMR) emitted by mobile phones had reduced motility, structural anomalies, and increased oxidative stress due to the production of reactive oxygen species (ROS). Scrotal hyperthermia and increased oxidative stress might be the key mechanisms by which EMR’ affects male fertility. However, these negative effects appear to be associated with the duration of mobile phone use.

As regards sperm count, this 2017 study by scientists largely remain unsure as to why sperm counts are plummeting in the Western world, CNN reports they are not declining in South America, Asia and Africa. Does this have to do with the use of cell phones? Not as far as we know. Neither the study nor the article suggest this. CNN notes that more likely, it has to do with environmental toxins, obesity, and factors we’re not even necessarily aware of yet.

James M. Hotaling, MD, MS, an expert in male fertility and andrology at University of Utah Health, cautions against jumping to the conclusion of linking phone to male infertility. He said “I’ve never seen conclusive data that would lead me to advise a patient against carrying a cellphone in his pocket,”

Ashok Agarwal, PhD, head of the andrology laboratory and the director of the Center for Reproductive Medicine at the Glickman Urologoical and Kidney Institute at the Cleveland Clinic in Ohio has these to say

-“Bluetooth devices, which many people are using these days because of health or safety concerns, may not always be so safe. There is a downside,”

-“Our findings appear to be in line with other concerns that environmental factors such as toxins, pollutants, and materials used in farming play a role in male infertility,” “We know the radiation impairs sperm quality at 2.5 centimeters, but we don’t know if the effect will continue at 3, 4, or 5 centimeters,”

-“The emission may be smaller than when in talk mode, but could it still be harmful if it reaches the testes?” Future studies will determine if there is dangerous emission when the phone is in silent or standby mode he says

Does your phone hurt your fertility?

If men are interested in becoming fathers, they should avoid keeping their cell phones in their front pants pockets.