In this article, you will learn all about ovulation, it’s day, cycle, induction, calculation, cervical mucus and many more enlightening info.

With an all natural, traditional herbal formula that brings together vital ingredients, Ovul8plus is designed to promote female reproductive wellness as part of an overall health and diet regimen, supporting fertility and optimizing your chances to conceive.

NOTE: OVULATION CALCULATOR SHOULD NOT BE USED TO PREVENT PREGNANCY.

The typical menstrual period is 28 days, however, cycles are different from women and days. During the menstrual cycle, there are about 6 days when you can get pregnant. Use this calculator to check your most fertile window.

Beyond the ovulation calculator, some  symptoms to look out for includes:

Through the menstrual cycle, there’s a change in cervical mucus.  Ovulation discharge is thin, slippery, white and clear resembling an egg white. This discharge signals that ovulation is approaching, it could be observed in your underwear liner

Also known as mittelschmerz, some ladies experience slight discomfort in their pelvic or mild cramps before or during the fertile days. Pelvic discomfort during ovulation period may be caused by the rupturing of the follicle and the release of some amount of blood or fluid.
This discomfort may be felt in either ovary or could vary from the ovaries from month to month.

Basal body temperature (BBT) rises about 1°F or less during the 24-hour window after ovulation. The temperature change is caused by the secretion of progesterone. If the egg is not fertilized during ovulation, the BBT remains the same until the beginning of the menstrual cycle.

Tracking your BBT with the required thermometer helps in understanding your ovulation pattern from month to month, but this method cannot be relied on singularly

Some ladies experience tender breasts or sore nipples during the time.

Some ladies have a higher sexual drive during the time of their ovulation.

During ovulation, your cervix tends to be higher, soften and more open (so the sperm can easily reach the egg). You can check for the changes in your cervical position and texture by gently inserting your finger to feel for your cervix. Do this if you feel comfortable to do so.

It is important to note that ovulation signs vary from one month to the other and keep in mind that not experiencing any sign in a particular month does not indicate you are not ovulating.

These are sold over the counter which assist you in identifying your fertile day. These kits test your urine for a surge in hormones that occurs before ovulation. Ovulation happens hours after a positive result.

During the follicular phase, the beginning of your cycle, follicles, which are the sacs in the ovary, contain eggs and an egg or more is released monthly.

Some women experience a shorter luteal phase known as Luteal Phase Deficiency(LPD) which is caused by a decreased progesterone level that results in inadequate development of the uterine lining.  LPD is found in both infertile and fertile women.

What Happens At The Luteal Phase

During the luteal phase, the follicle that burst and released the egg at ovulation grows into a small yellow structure or cyst known as The corpus luteum.
This corpus luteum releases progesterone and estrogen that cause uterine lining or the endometrium to thicken and have the capability to nourish a fertilized egg.

The implanted embryo begins to make human chorionic gonadotropin (HCG) which keeps the corpus luteum and progesterone production going. The corpus luteum will sustain the uterine lining and pregnancy until the placenta develops.

However, if the egg in the fallopian tube was not fertilized or the fertilized egg did not implant, the corpus luteum deteriorates and progesterone level goes down. Without these two functioning, the uterine lining/endometrium is not maintained resulting in the uterine shedding its lining and the onset of the next menstrual cycle.

The fertile window or ovulation days are often between 11-16th days (check the diagram below). During this period, sexual intercourse can lead to pregnancy.

During these days, the sperm could wait at the fallopian tubes after sex ready to fertilized the egg once released.

When the egg is in the fallopian tube, it stays there for about 24 hours (the ovulation day) to be fertilized. If there is no sperm waiting to fertilize it or didn’t flow in within these hours, the fertile window ends and another phase begins.

When Does Ovulation Starts After Menstruation

It typically begins 12-14 days after your last period or 14 days before your next period. These are the days when your chances of conceiving are very high.

While you release only a single egg each month, your partner releases millions of sperm in a single ejaculation — all with an eye on that single prize. But only one of those sperm will be crowned the victor, and the odds are stacked against fertilization.

This one sperm must be of quality to fertilized the egg

If your partner has a low sperm count, He should use Spermboost.

Spermboost dietary supplement focuses on men’s reproductive health to help boost the possibility of a successful conception, a natural remedy to sperm health and the sperm count as a whole

FORMULATED FOR MEN: Spermboost a formulation of traditional herbs with empirical evidence for centuries but now scientifically proven. The preparation is known to improve several parameters of sperm count, viability and motility by 300%; these herbs also reduce morphological damage.

MADE TO AID MALE FERTILITY: It is specially made for men diagnosed with a low count ( the leading cause of male infertility) and all sub optimal parameters. Spermboost is very effective in correcting Oligospermia within 30 -45 days of administration

After 2 years of trying to conceive, we had pretty much given up. My husband’s sperm was watery, I found this and had thought it wouldn’t hurt to try. After 2 1/2 months of my husband using this, I am 4.5 weeks pregnant! Wonderful supplement. My husband said he felt very healthy taking it and it didn’t upset his stomach. Thanks SpermBoost!!

I was diagnosed with low motility, the doctors gave us several very expensive options on how to help us conceive. I couldn’t go through that route because of the expenses involved. So I did what I always do! Find a low cost solution. I did online research to find natural products that boost sperm. I saw so many options but my mind was fixed on this, I guess the reviews helped too. I was diligent in my usage and I was patient. Now what I need everyone who has watery semen, low sperm count or low motility to know is that technically it takes some days for healthy sperm to be created. So it won’t happen overnight but  in the end, it worked!

What Happens To Your Body During Ovulation

These are what happens to your body during your fertile windows.

Does Breast Hurts During Ovulation

How Long Does Ovulation Last

Ovulation happens once in every menstrual cycle and it lasts for about 24 hours. It is when the egg is moved to the fallopian tubes, once it is not fertilized between the 24 hours, it dies 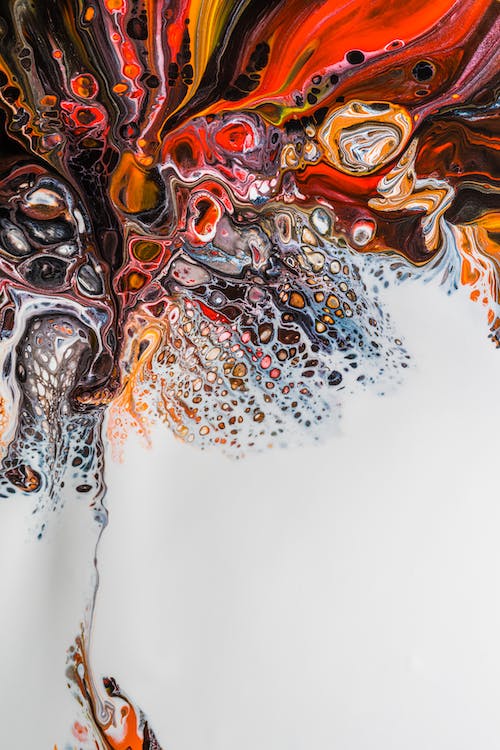 A higher or lower level of these hormones does not mean that you are more or less likely to conceive.

Cervical Mucus After Ovulation If Pregnant

However, not all ladies experience implantation bleeding, and some ladies who are pregnant do not have noticeably different cervical fluid.

Cervical Mucus After Ovulation If You Are Not Pregnant

If the egg is not fertilized during ovulation, your estrogen levels drop, and you may notice less discharge or even some completely dry days.

Signs Ovulation Is Over

These are the sign that your ovulation days is over

Ovulation induction means a way to alleviate female infertility due to anovulation.

Ovul8plus is formulated for women going through infertility .

With an effective formula that synergistically combines herbs, it is designed to naturally strengthen female reproductive health while preparing her body for conception.